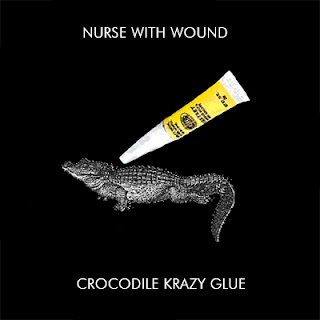 Available as an internet shareable set of files.
Track Listing
1. Alas The Madonna Functions [pey86]
2. I've Plumbed This Whole Neighborhood [23ep] [lp2]
3. Chair Improvisation Number Four [ud021] [ud041] [ztj4]
4. The Strange Play Of The Mouth [cmedd1161] [ps1] [tm1] [tmt04] [ud015] [ud030]
5. Antacid Cocamotive [stappleton01] [xx002]
6. The Dance Of Fools [stappleton01] [tmlp09]
7. Excerpt From Pricksongs [stappleton01] [tmt13]
8. Lea Tantaaria [bru002] [ud030]
9. Great - God - Father - Nieces [bru002] [ud032]
10. Lonely Poisonous Mushrooms [ud030] [vaclp01]
11. Elderly Man River [ud030] [yangki1]
12. Someone Others Garden [stappleton01] [tmt05]
Here is some information from the person who made this collection
"I downloaded a series of rare NWW files off the net in and around 2001, probably from Napster or something. I wanted to put them on CD for myself but I hate calling things "Nurse With Wound - Various Rare Tracks", as it's a bit boring. At the time, I was file sharing with a couple of people who were into experimental music. As a joke, I packaged this with a quickly made up JPG "cover" and told them I found this bootleg on the internet. I hadn't, but I wanted to see if they'd buy it. Somehow it got past them and obviously ended up getting traded about. This was in 2001. I know this because the creation date on the JPG I made is from 2001. Keep in mind that this was never meant to be a bootleg. It was never burned to CD-R or sold. Absolutely NO money was made from this. It was basically just a rarities collection I made to share between a few friends. I own a large NWW collection and would ALWAYS buy any of these tracks if I found them and will support Stephen until the end, financially and otherwise. The JPG is basically a crude reference to the cover of "Homotopy To Marie", one of my favorite album covers of all time. The title literally comes from two random images I found on the net and stuck together in photoshop for the cover. I didn't actually think anybody would take it seriously."
crocodiel krazy glue
Publié par armeur H à 19:11
Envoyer par e-mailBlogThis!Partager sur TwitterPartager sur FacebookPartager sur Pinterest
Libellés : Experimental, NWW